At the age of fifteen, Peter achieved international fame as "Herman", lead singer of the legendary pop band Herman’s Hermits. His classic hits include: “I’m Into Something Good”, “I’m Henry VIII, I Am”, “Can’t You Hear My Heartbeat”, “Wonderful World”, “Just A Little Bit Better” and more! Ultimately, Herman’s Hermits sold over fifty-two million recordings. In all, fourteen singles and seven albums went gold.

Accompanied by his band, Herman’s Hermits, Noone currently performs over 200 concerts a year. He consistently plays to sold-out venues and his admirers span the generations. Today’s teen girls scream just as passionately as their mothers did back in 1965, prompting VH1 to select Noone as their viewer’s choice for the “Sexiest Artist of the Year”. There is no doubt that Peter Noone’s extraordinary talent, disarming wit, handsome features and compelling stage presence will continue to delight fans of all ages, for a long, long time to come. 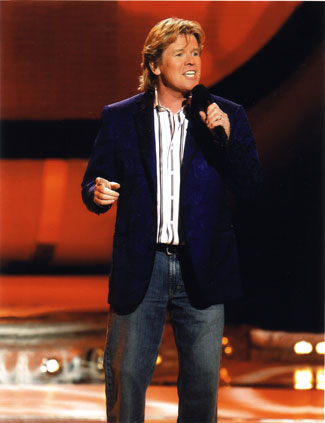